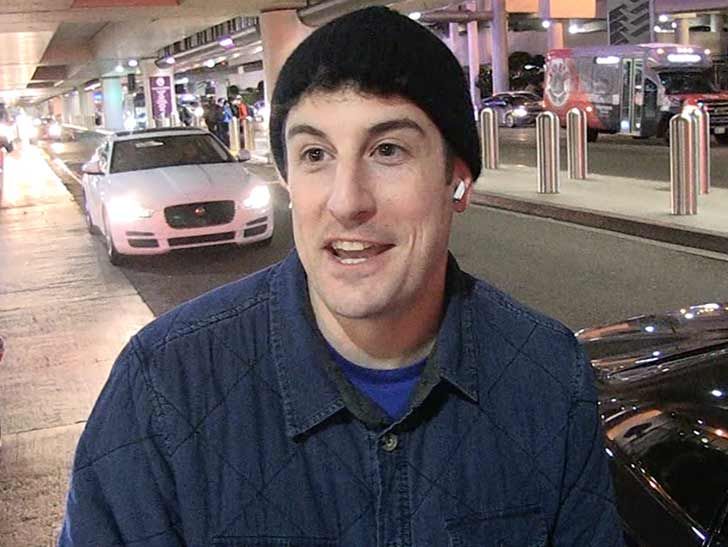 Tara’s Got it Wrong …

Jason Biggs is shutting down the rumor — started by Tara Reid – that he’s got beef with Seann William Scott … ’cause he says it’s all love between Jim and The Stifmeister.

We got the ‘American Pie’ star shuffling his way into a waiting car at LAX Monday night, where we asked him about Tara’s recent comment at a pre-Oscar gala last week … when she said Jason and Seann would have to get along for ‘AP5’ to happen.

Jason tells us he has no idea what Tara’s talking about, and her suggestion couldn’t be further from the truth. He says he’s cool with Seann, and loves the guys from the cast.

The last time Jim, Stif and the rest of the East Great Falls gang got together on camera was for 2012’s “American Reunion” … so it’s been a minute since we got some fresh pie.

While he says he’d be down to run it back for part 5, we won’t hold our breath based on how fast Jason hightailed it here.