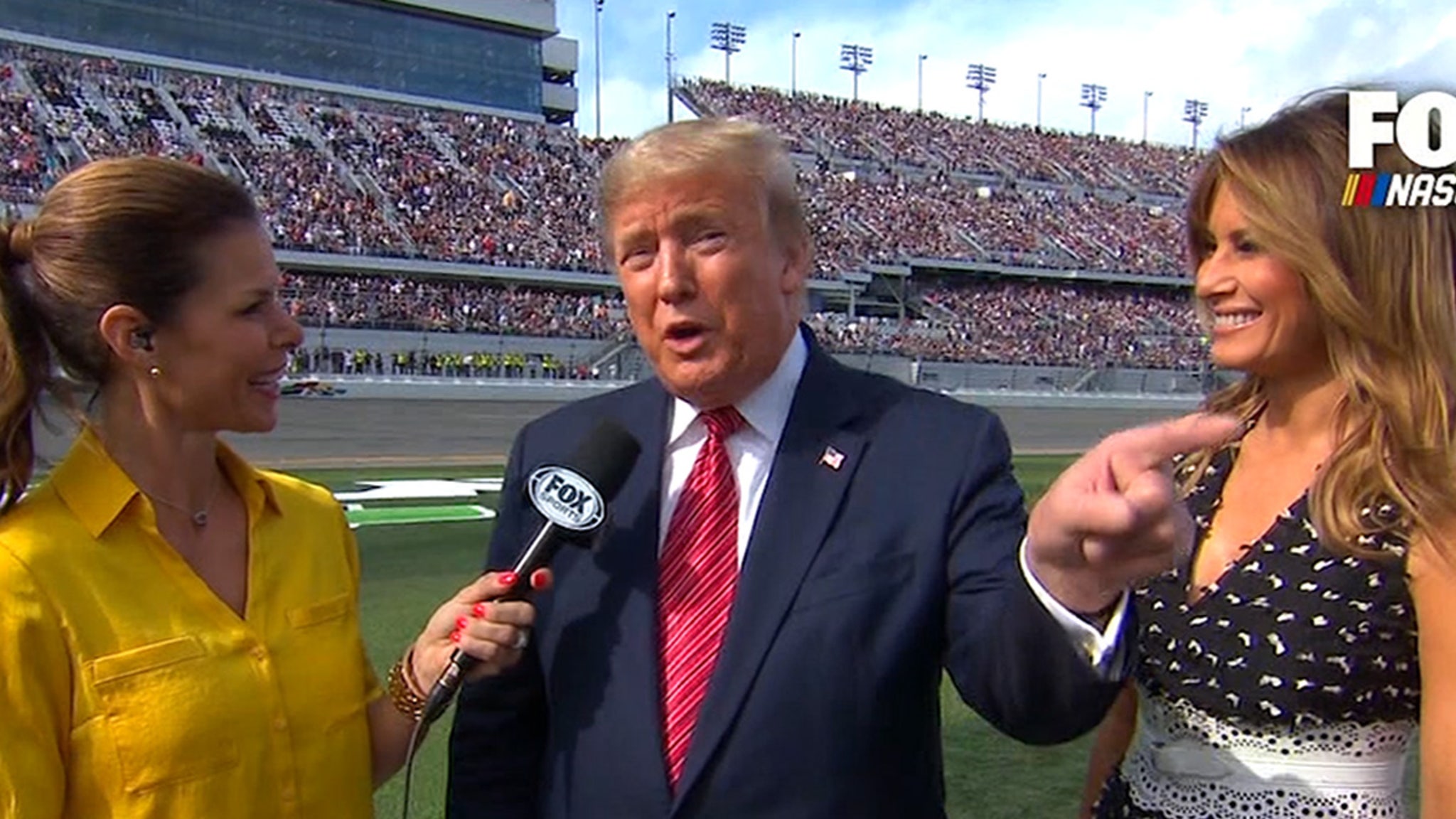 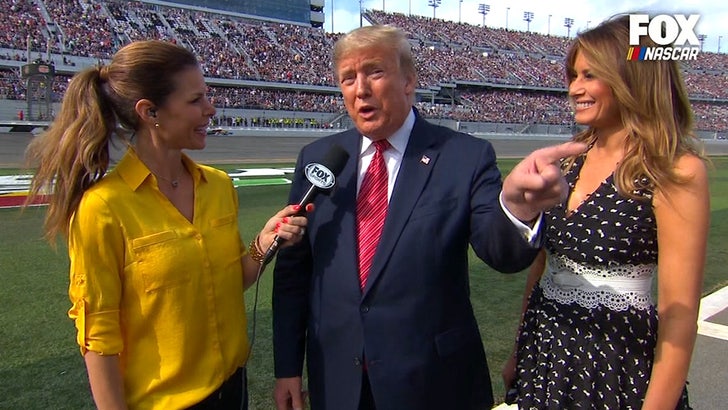 President Trump is pretty stoked to be at the Daytona 500 —  so much so, in fact, he might even get behind the wheel himself and zoom off into the night. Settle down, Donnie.

45’s down in Florida right now taking in the annual NASCAR race with the First Lady, Melania, and while talking to a FOX Sports reporter, he made it clear he wants to drive again. It’s funny and actually kinda interesting … DT can’t really do that anymore, huh?

In a somewhat rambling response, Trump calls Daytona “the great American race,” going on to say he stopped by because he sees it as “almost a patriotism kind of thing.” Well said!

Trump also gave a shout-out to the drivers, saying it takes great courage to drive in such a beast of a vehicle. Sounds like he wants to take one for a spin, actually — joking he might hop in one himself and “get in this race.” He won’t, obviously, but imagine if he did 😅.

“We give thanks to this beloved country for the heroes who keep us safe and for the God who made us free.”

President Trump gestures towards the sky while delivering remarks at the #Daytona500 https://t.co/U0aSBofUsl pic.twitter.com/ysVI90O4ld

Another humorous moment during POTUS’s Daytona day out — he made sure to point where exactly God is to the people listening to his opening remarks to kick off the event.

He’s up in the sky, apparently. Thanks for the reminder, Mr. President.